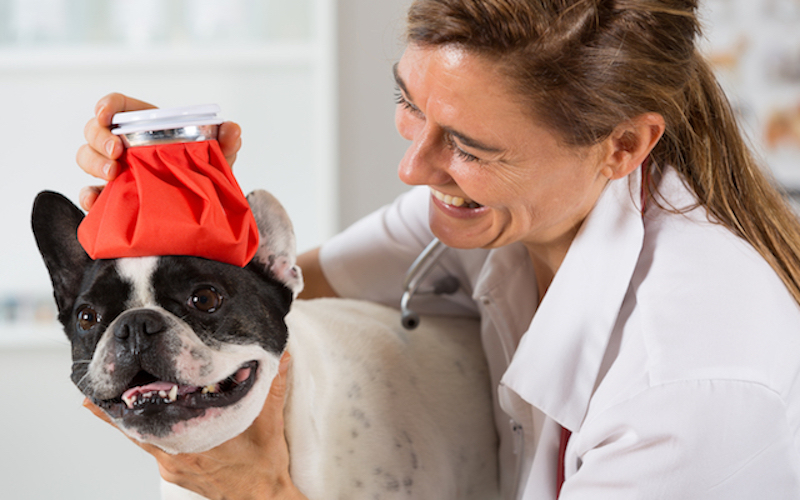 Dog flu is a contagious respiratory disease in dogs caused by a specific Type A influenza virus referred to as a “canine influenza virus.” This is a disease of dogs, not of humans.

What is a canine influenza virus?

How long has canine influenza been around?

The H3N8 equine influenza virus has been known to exist in horses for more than 40 years. In 2004, however, cases of an unknown respiratory illness in dogs (initially greyhounds) were reported. An investigation showed that this respiratory illness was caused by the equine influenza A H3N8 virus. Scientists believe that this virus jumped species (from horses to dogs) and has now adapted to cause illness in dogs and spread efficiently among dogs. This is now considered a new dog-specific lineage of H3N8. In September of 2005, this virus was identified by experts as “a newly emerging pathogen in the dog population” in the United States.

What are the symptoms of this infection in dogs?

The symptoms of this illness in dogs are cough, runny nose and fever, however, a small proportion of dogs can develop severe disease.

How serious is this infection in dogs?

The number of dogs infected with this disease that die is very small. Some dogs have asymptomatic infections (no symptoms), while some have severe infections. Severe illness is characterized by the onset of pneumonia. Although this is a relatively new cause of disease in dogs and nearly all dogs are susceptible to infection, about 80 percent of dogs will have a mild form of disease.

How does dog flu spread?

Canine influenza virus can be spread by direct contact with respiratory secretions from infected dogs, by contact with contaminated objects, and by people moving between infected and uninfected dogs. Therefore, dog owners whose dogs are coughing or showing other signs of respiratory disease should not participate in activities or bring their dogs to facilities where other dogs can be exposed to the virus. Clothing, equipment, surfaces, and hands should be cleaned and disinfected after exposure to dogs showing signs of respiratory disease.

Is there a test for canine influenza?

Testing to confirm canine influenza virus infection is available at veterinary diagnostic centers. The tests can be performed using respiratory secretions collected at the time of disease onset or using two blood samples; the first collected while the animal is sick and the second 2 to 3 weeks later.

How is canine influenza treated?

Treatment largely consists of supportive care. This helps the dog mount an immune response. In the milder form of the disease, this care may include medication to make your dog more comfortable and fluids to ensure that your dog remains well-hydrated. Broad spectrum antibiotics may be prescribed by your veterinarian if a secondary bacterial infection is suspected.

Is there a vaccine for canine influenza?

Recently, a conditional license was granted for a canine influenza virus vaccine for use in dogs in the United States. Administration of the vaccine must be performed under the supervision of a veterinarian.

What is the risk to humans from this virus?

My dog has a cough what should I do?

Schedule an appointment with your veterinarian so that they can evaluate your dog and recommend an appropriate course of treatment.

Where can I find more information on canine influenza virus?

More information on canine influenza in pet dogs can be found in this article: Influenza A Virus (H3N8) in Dogs with Respiratory Disease, Florida in Emerging Infectious Diseases journal.

In addition, the following websites may provide additional information about particular animal diseases or conditions, or infection control practices: